Rome was not built in a day, well, that is absolutely true, and it is indeed not possible to cover it in a day too or even weeks! After all, the city boasts of a long history with monuments, churches and restored ruins. It is impossible to see all that Rome has to offer in a short trip. There are plenty of recommendations one will hear from their friends and tourists, such as the Pantheon, the Colosseum or the Trevi Fountain. The city is bursting with its glorious ancient heritage and is drenched in history and Christianity. Almost at every street corner., one comes across history and art.

Rome is divided into several districts, and the Colosseo district is the center. Colosseum, Capitoline Hill, and the Roman Forum are the most ancient attractions. The Old Rome, lying on the outskirts features stunning cathedrals, Renaissance architecture, Pantheon, and plazas. Italy is home to the most substantial number of UNESCO World Heritage Sites in the whole world. The great city filled with high art and monuments and has been attracting visitors for centuries. Besides those historical treasures, Italy boasts of beautiful coasts, alpine lakes, and mountains. With so many fantastic attractions and sights, it is not possible to cover all the major tourist attractions in the city.

Check out the Best Places in Rome – Italy Travel

1. The city of Verona

Well famous for its role in the play Romeo and Juliet, the incredible arena is where the Roman amphitheater was made about two thousand years ago. Verona Arena is well preserved despite its age and has hosted performances for thousands of people. The Italian culture and history are brought back to life with those musical performances. What will strike you about the city are its extensive and well-fortified walls that are from the Roman times and several extensions were added during the middle ages.

2. Cinque Terre
Cinque Terre is situated in the northwestern coastal region of Liguria. There are beautiful cliffside villages such as Vernazza, Monterosso, Riomaggiore, Manarola, and Corniglia. Enjoy unspoiled views of the sparkling Mediterranean. Stroll along cobbled streets and enjoy lunches among quaint vineyards. The coastline and surrounding hillsides are part of the Cinque Terre National Park. Hiking trails and a rural train track link the villages.

3. Lake Iseo
Lake Iseo is located midway between Como and Garda. The tranquil setting of the lake is just perfect for camping, cycling and walking. One can stay in one of the many campsites and enjoy a swim in the clear waters. Take a ferry to Monte Isola, which is the largest lake island in Europe. There is lot more to do and see around Lake Iseo area. The lake scenery and the surrounding areas are Iseo’s prime attractions. Agricultural and fishing hamlets dot its shores and slopes. The ancient Via Valeriana outlines along above the lake. Towards the southern end of the lake is a pretty area of the countryside of Franciacorta. 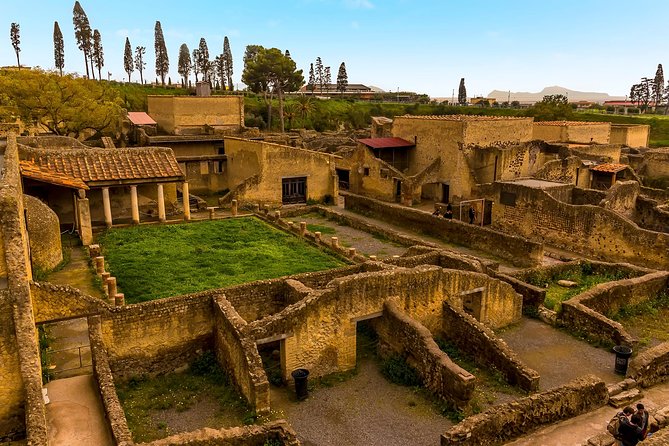 Everyone goes to Herculaneum and Pompeii, to have a look at the ancient ruins. The Roman town of Herculaneum was destroyed by a volcanic eruption almost 2,000 years ago. However, the resulting layer of mud fossilized much of the architecture and the visitors can see original homes, the fossilized skeletons and beautiful mosaics that showcase the times from the past. Pompeii is better preserved than the nearby Herculaneum because of its compact size. Volcanic flows from Vesuvius buried the Roman fishing town.

5. La Pelosa
The island of Sardinia lies in the heart of the Tyrrhenian Sea and off the western coast of the mainland. You will fall in love with those stunning beaches, and the La Pelosa is the most popular and picturesque among them. Explore its sandy shores, and shallow waters and the crystal-clear sea makes it easy to see right down to the ground. Tourists enjoy surfing, kayaking and even scuba diving near La Pelosa. The beach is 300 meters long and offers excellent views of Isola Piana.

6. The Dolomites
The Dolomites are located in Northern Italy. The mountain range is immensely popular for winter sports such as skiing and snowboarding. Thanks to incredible scenery, Dolomites beckon a large number of tourists. The peaks take on a pink or purple hue at sunset. Trento, a charming town in the Dolomites boasts of a spectacular castle. Hike towards the town to explore the castle and shop. Those strange, rocky pinnacles jut out straight up like chimneys and look strange like some otherworldly pinnacles. Rivers meander through valleys below the peaks, and picture-book castles overlook the pristine lakes. 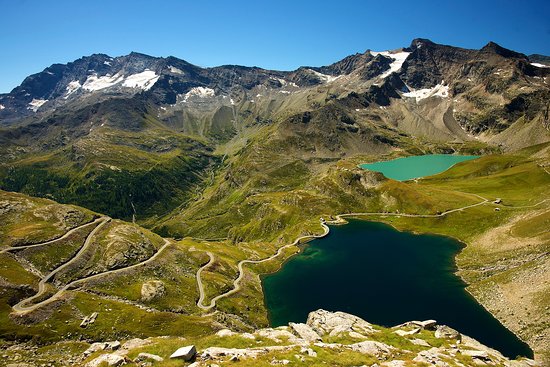 Placed in the Graian Alps, Gran Paradiso National Park with its incredible hiking opportunities plus those stunning mountain views makes for a gorgeous destination. Its wildlife today boasts of ibex, wolves, lynx, ermine, badgers and hundreds of bird species. Hiking in summers and cross-country skiing in winter is immensely popular. Many tourists come here in spring just for photographing flowers.

8. Trevi Fountain
Trevi Fountain was made in 1762 by Nicola Salvi and is another of the must-see attractions in Italy. It shows the god Neptune in battle with underwater creatures. The fountain indeed looks magical and romantic at night when it is all lit. All tourists throw a coin to ensure a return trip to Rome. Throwing two coins means one can look forward to a loving relationship with a Roman man or woman.

9. The Colosseum
Another must do for the travelers to Italy is making a visit to the Colosseum. The huge Amphitheater is the largest of its kind and has remained a source of inspiration for sports facilities right up to modern times. Colosseum makes a striking contrast to the modern development around it. It is a strong reminder of the extensive history of Rome and its ancient glory.

The fabled Italian Lake District stretches across Northern Italy and includes mountainous lakes in the Italian Alps and balmy lakes towards the south. About a thousand lakes can be found here in the Alps region, and the largest of them are lake Como, Lake Garda, and Lake Maggiore. The region has been popular because of its gorgeous scenery and great weather. The southern sides of most of the lakes are relatively flat, but the lakes towards the northern ends are deeper than others. The mild climate in summer and winter produces Mediterranean vegetation with beautiful gardens and exotic plants.

VIEW ALL POSTS BY bcaegypt